Creative Destruction features a 9 ft. x 12 ft. x 3 ft. freestanding wall that is completely covered by a photograph of layered rubble. The photograph was made in Leslie Street Spit, a manufactured peninsula and wilderness reserve that was built entirely from Toronto’s construction waste. According to a 2013 research study of the area, the rubble depicted in the photograph is consistent with buildings that were demolished in Toronto’s downtown core in or around 1980. This was a period when houses and significant nineteenth century brick buildings were torn down to make room for bank and office towers, symbolizing commerce, progress, and economic prosperity. Placing this work in the gallery relocates the remainders of Toronto’s demolished buildings yet again, but this time elevates their value through the physical structure of the wall – a monument of sorts – and questions the endless cycle of architectural destruction and displacement, anticipating what is to come. 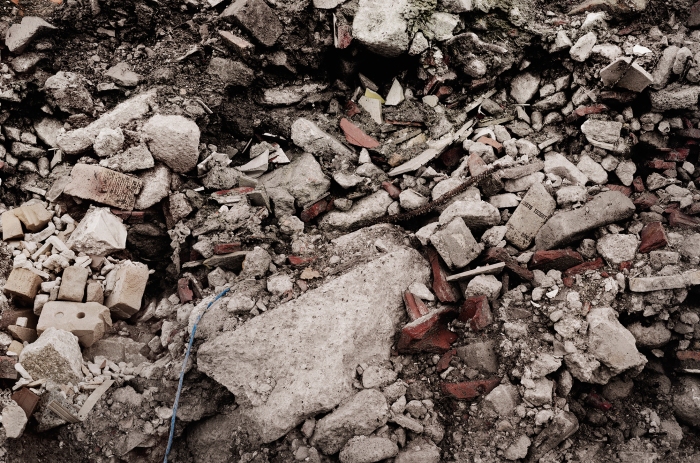